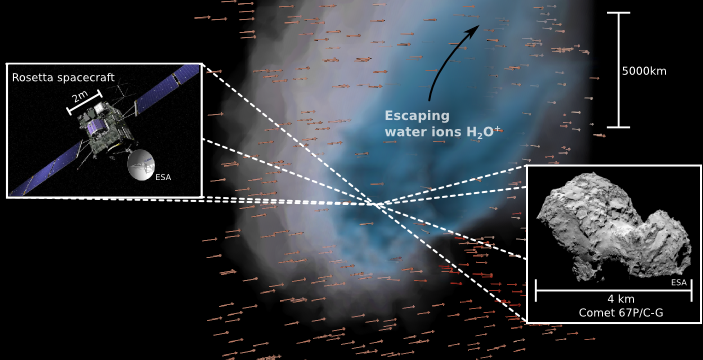 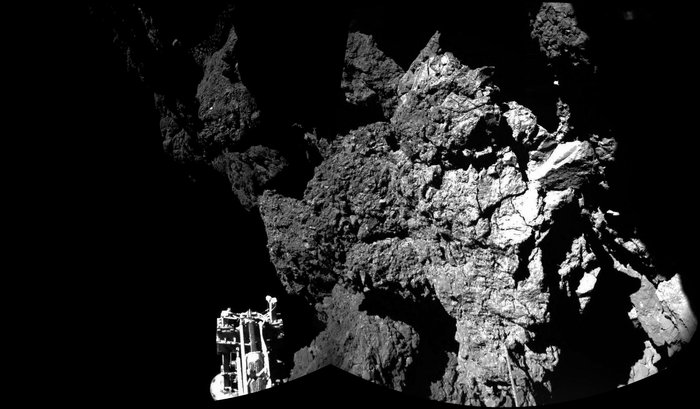 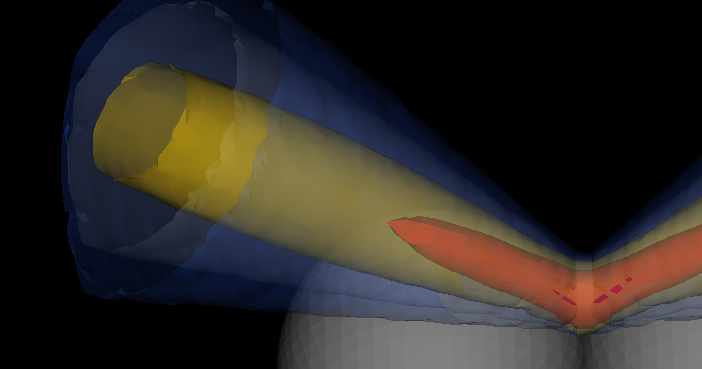 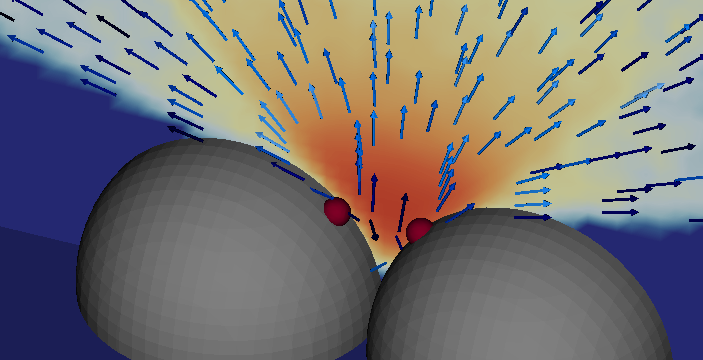 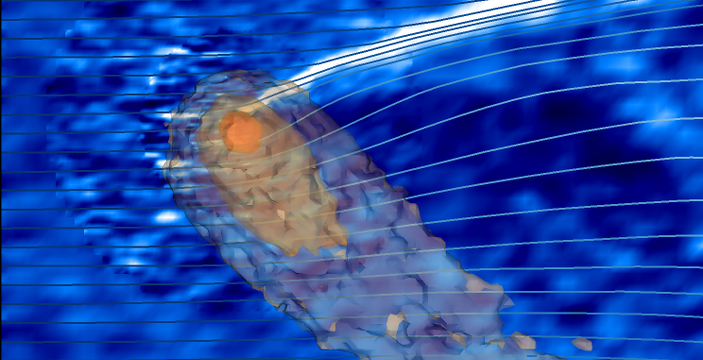 Birth of a comet's magnetosphere

A Science special issue on Rosetta's measurements on the comet 67P/C-G has been published, including an article on the birth of the comet's magnetosphere featuring research done in our group.

Welcome to a comet

Rosetta's Philae lander has successfully reached the surface of the comet (thrice!) 67P/C-G and is transmitting images from the surface. A full panoramic image will be released by ESA on 13.11.2014 13:00UTC. Congratulations to ESA!

A contour plot gives the density of neutral dust ejected from the surface of the two-body object in two intersecting beams, partially blocked by the obstacle.

Water escape model for a comet

Two outgassing regions of H2O, modelled as point sources on the surface. The two expanding, non-collisional neutral clouds are shadowed by the obstacle. Bulk velocity vectors betray the insufficiencies of fluid models, as they describe only an upward flow in between the sources.

The Space Plasma Physics and Space Technology Group at the Aalto University is based on the Otaniemi campus in Espoo, West of Helsinki, Finland. The group belongs to the Department of Electronics and Nanoengineering as part of the School of Electrical Engineering (ELEC) of Aalto University.

We specialise in the numerical modelling of space plasmas and their interactions with weakly magnetized bodies. We are also closely involved in space technology and instruments onboard several current space missions from the European Space Agency, such as Rosetta, Mars Express, Venus Express, or the upcoming BepiColombo and JUICE missions. The modelling tools we develop serve as state-of-the-art interpreters of the complex interactions between solar wind particles and the studied solar system object.

The bulk of our current research is done with a Cloud-in-Cell plasma model based on the MULTI platform. MULTI can be used in the hybrid and full-kinetic regimes, since the plasma environments of weakly magnetized bodies exhibit kinetic effects beyond the scope of fluid models, such as mass loading and finite gyroradius effects. The model typically treats ions in a fully kinetic fashion, with electrons forming a charge-neutralizing massless fluid. MULTI is based on the kinetic simulation works made at the Finnish Meteorological Institute by the leader of the group, Prof. Esa Kallio, since 1999. 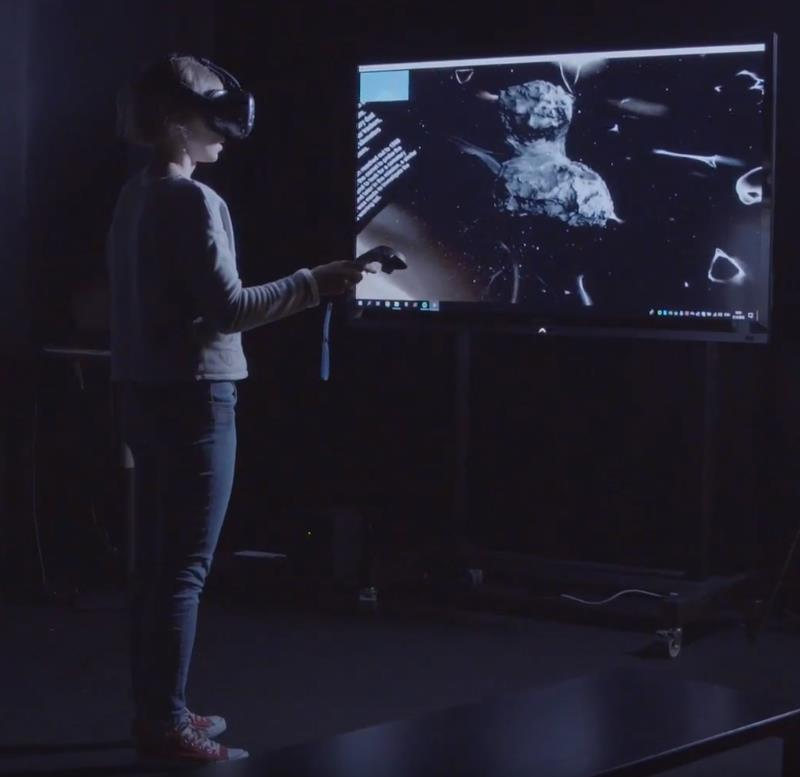 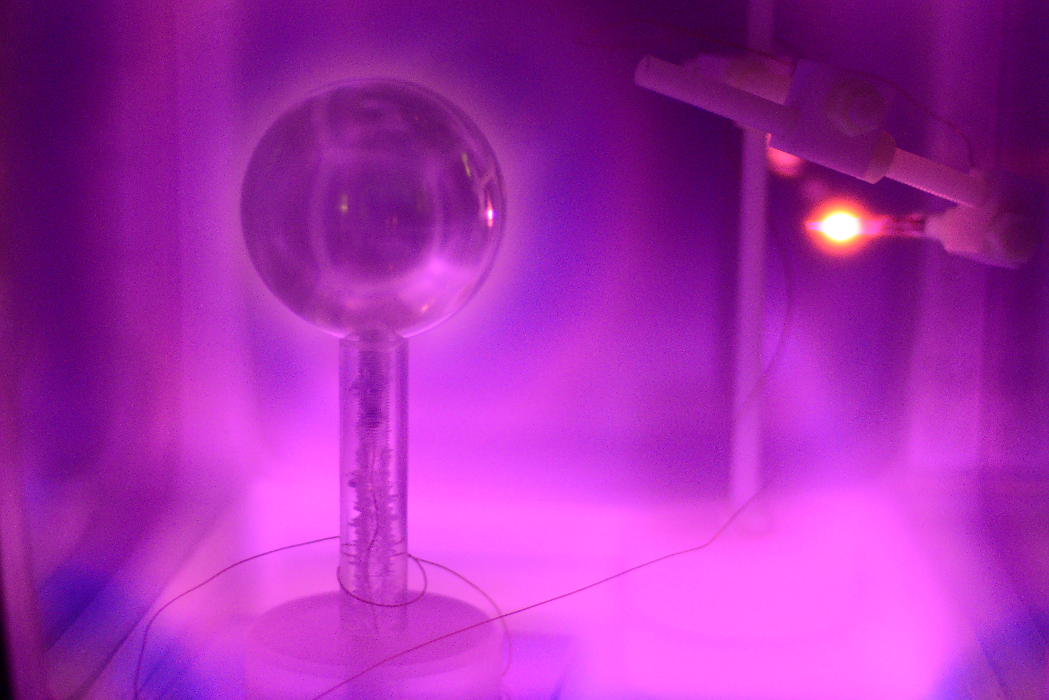 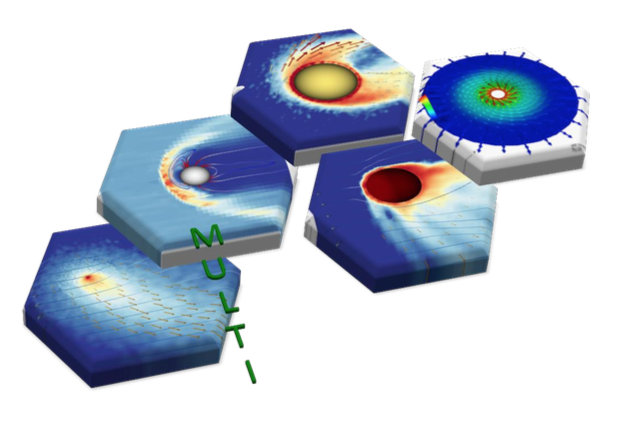 Copyright (C) 2014- Aalto University
Layout based on template from www.templatemo.com