Research by topics
and methods

The European Space Agency launched in 2004 the Rosetta mission, consisting of an orbiter and a lander, called Philae, to study the Jupiter-family comet 67P/Churyumov-Gerasimenko. Rosetta is a Horizon 2000 cornerstone mission, involving more than 50 contractors and 14 European countries and the United States. It carries a payload of 15 instruments on the orbiter and 10 instruments on the lander. 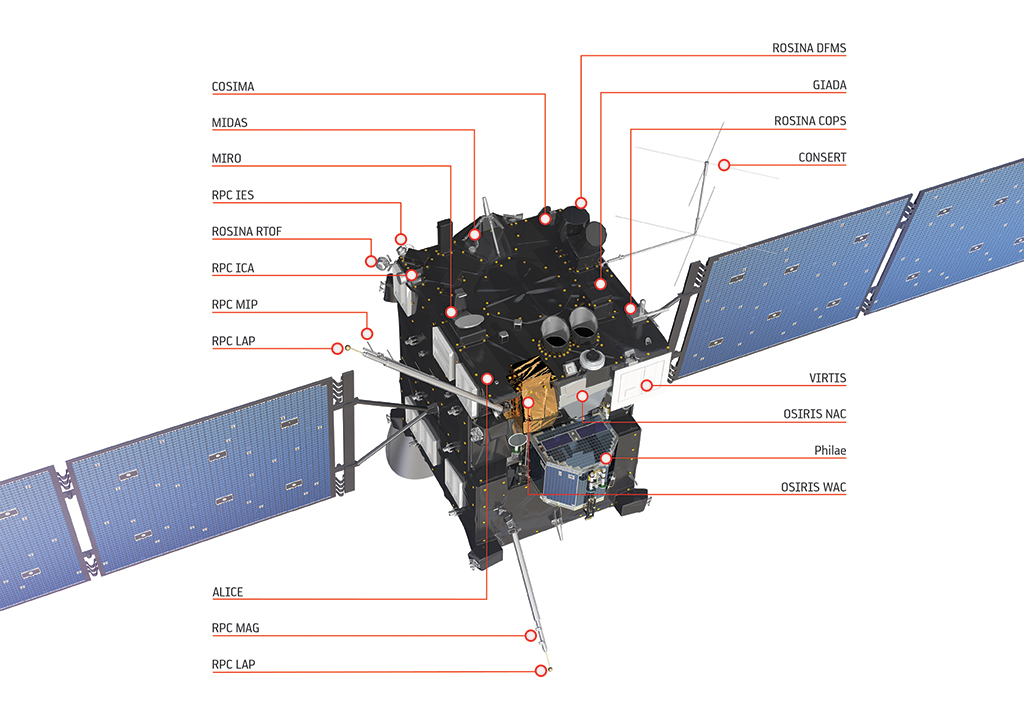 Our group has a Co-Investigator status on the Rosetta Plasma Consortium ion mass spectrometer ICA (Ion Composition Analyser), built and operated at IRF Kiruna, displayed amognst other instruments in the picture above. We provide modelling support for the plasma instruments through global and local plasma models, utilizing the HYB modelling platform. Below, a global HYB model animation on mass loading around a comet, where solar wind, entering from the right as a blue shroud, collides with cometary ions presented as the yellow-orange density contours.


Rosetta is a mission for the history books and has gathered many firsts on its 10-year long journey to its target: the first mission to rendezvous with a comet, escort it as it orbits the Sun, and deploy a lander to its surface. The nominal mission is planned until December 2015.

More information on the Rosetta mission, its goals, its history, with hundreds of images and animations, can be found on ESA's website.